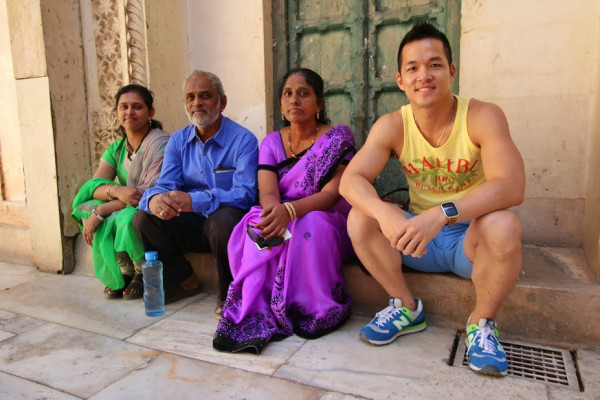 My most recent trip to Rajasthan, India was a fantastic trip for me.
It reinforced what I decided to set out to do in 2014, to explore places and
Destinations that I have not visited before, and to make a deliberate effort to
Uncover the history, the culture, and the essence of these places.
India, or specifically, Rajasthan, impressed me. I was intrigued by their history,
And the subsequent influence of the Mughal period, which left obvious traces
In their architecture as well as religious and cultural influences. I was also intrigued
by the Partition, and how it came to be, and the role that the British had in this,
via the East India Company - which also played a large role in Singapore and other
Related colonies. I was also able to understand better the principles of Hinduism
as well as Jainism - which bear similar trademarks with Buddhism. In fact,
both are branches of the Sramana tradition that still exist today.

Of course, as with any explorations into new lands, there were the usual impediments.
Tipping was expected for every single action; I have come to accept that anyone who
Eager posed with me would demand a fee for their services, and this was extended to
Almost any other actions, from anyone up or down the chain of command.
The persistent hornings from the daily commuting was damaging to my eardrums,
And the dusty streets were often filled with choked drains and uncleared garbage.
In spite of this, life goes on. 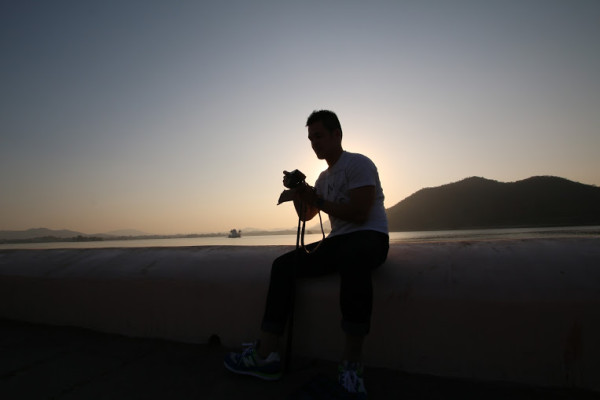 There were cows, and dogs, and monkeys and other creatures on the streets.
And even though the traffic was heavy at certain junctions, the drivers made
Space for them. There was this essence of harmony that I felt - that thrived
as if it was an unspoken code of conduct between the people, the animals,
the religion and nature - the people, however poor they could be, would
Bring out vegetables to feed the cows, and leave food for the dog.
That was truly amazing.

And it was in this observation that I think I grew again, as a person.
It was not the famous sights of Taj Mahal or Amber Fort that left the
Deepest impression on me. I was certainly impressed by these landmarks;
But I was more impressed by the heart and spirit of the Rajasthanis that
I encountered along the way, and this made my trip a fantastic one.

And of course, here's the rough itinerary, to share. 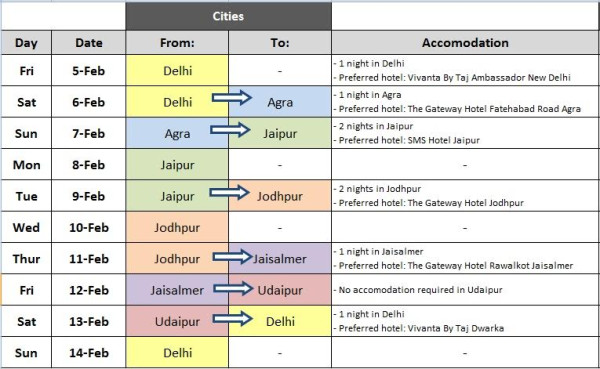