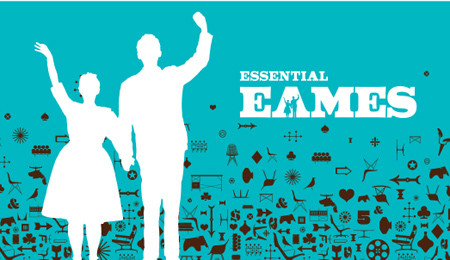 Last weekend ended with a simple birthday celebration with my younger brother Bren.
With much bingeing over the four-day long weekend period,
I was reluctant to visit another restaurant;
The proliferation of many swank brunch places gave plenty of options
To catch up with friends but I usually found the prices not in
Agreement with the quality of the food offered - I guess
I am more of a coffeeshop person.
I enjoy the prawn noodles at the coffeeshop near my home
More than anything else. Notwithstanding, it was a birthday celebration for Bren,
Hence, and I decided to bring him to a nice steak place to
Catch up over sirloin, ribs, and erm, onion flower?
We had a good chat over dinner and the free flow of iced tea and coke zero.
Bren has been Putting in much effort into his interior design work,
And by what he told me, it seems that he has
Achieved some traction, both in his design vision,
As well as the number of clients referred to him.
Bren shared with me his goals - and I was happy to listen to his dreams,
And took comfort with the fact that he had more clarity and purpose in his life,
That there was a destination that he was working towards.
The rest of the week advanced without much fanfare.
On Wednesday I woke up rather early, 0525hrs to fetch the doctor
From the airport from his three-month "hardship?" tour.
By the time I got home, it was already half-past-six and with the
Skies brightening, I didn't think of going back to bed,
Hence left for work early. I arrived in the office at seven,
Only to realise that I was not the only person in the office.
Apparently some people do come to work rather early in the morning.
Wednesday turned out to be a longer day out, than expected.
I was in the office till almost seven at night, and
Then headed to Marina Bay Sands for "The Essential Eames".
As usual, the food court in the basement was overflowing
With diners. And also the  to-be-diners, surrounding the diners,
So that they would be able to grab the seats and tables once the
Diners have finished their meals and be ready to leave.
Not ready for a showdown with any of these diner-to-be, nor having
A desire to join the to-be-diners, we settled for the nearby
Kraze Burgers, which was definitely overpriced.

The Essential Eames exhibition, held at the Art Science Museum,
Explored the life of Charles and Ray Eames -
As well as their designs. I have seem many of their furniture creations,
Which remains today, widely popular and duplicated copiously.
The exhibition gave a good background to their lives and work,
And as with all exhibitions, it helped me join the dots together.
Their lives, their vision, their outreach, their idiosyncrasies
And how it translated all into their works. Just like art.
The venue felt a little small, but was adequate as a revolving static story-teller of sorts,
And reminded me of the Vitra Museum that I've been to several years back.
While I was at MOMA in New York, I spent a great deal of time at the exhibition on:
Le Corbusier: An Atlas of Modern Landscape.
That, to me, was a fantastic exhibition as it brought me much insight into Le Corbusier
(someone I didn't even know prior to my visit to MOMA, honestly...)
And to a smaller scale the Essential Eames educated me as well.
There is always much to learn.
Tags: diary, museum
Subscribe