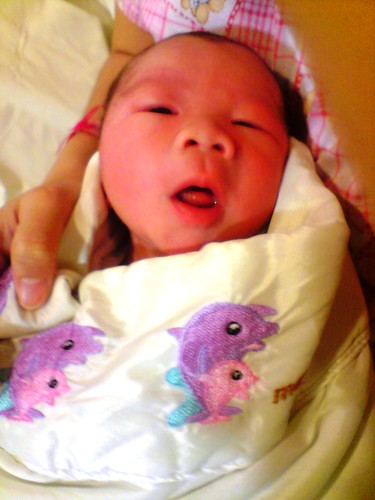 He looks exactly like Shaun when Shaun was born
Almost five years ago, on Fourteenth January, 2003.

Time flies even faster for a non-parent like myself,
For there are less milestones, like kids, for example
To remind us that we're no longer kids ourselves.
I can't even believe Shaun's already five.
And he's the tallest in his pre-primary class.
Too bad Bacon will always be Bacon,
Ageless, and nonchalant. Lazy too.
Maybe it's a good thing after all.
Not to grow up.
I wonder.