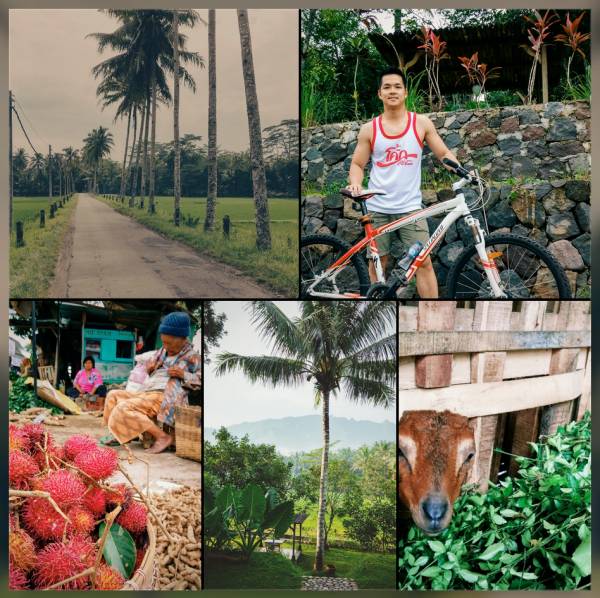 (I wrote a lengthy entry about the cycling trip at Borobudur, but at luck would have it, there were some synchronisation issues and the article was digitally lost). In short, it was a nice sunday morning cycle, along lush padi fields, friendly villagers, where everyone was comfortably living at their pace of life, and probably oblivious to the maddening rat-race in the rest of the world. It was nice to get in touch with nature, the rivers, the fields, the animals and the fresh air. 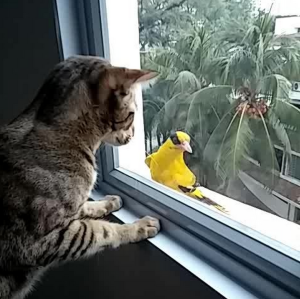 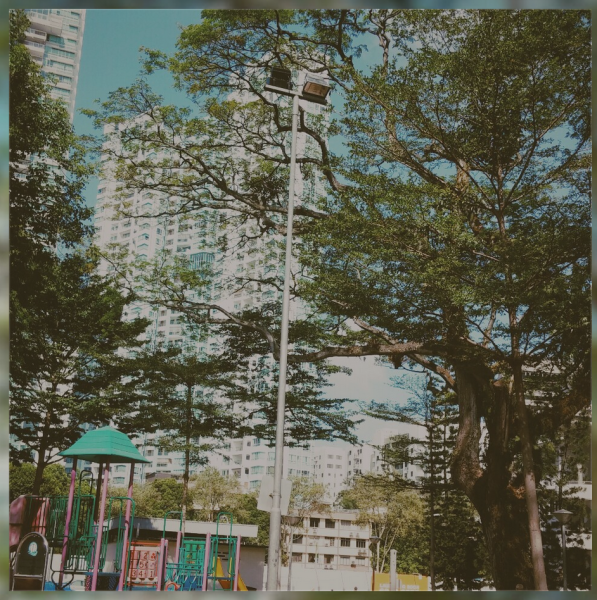 Was going to the Tiong Bahru Food Centre, when M realised that he would need to head over to the Post Office to collect a parcel. I decided to sit by the badminton court, at the red metal bench. It was a nice sunny day and there was this surprising constant cool breeze that rustled the leaves of the raintrees surrounding me.

I decided to take a photo of this view - nothing spectacular actually, but probably a view that would be not possible in time to come, with the construction of the new condominium by Keppel Land. I did not manage to stay long anyway, as the queue at the Post Office was too long, hence M returned and we made our way to our breakfast. 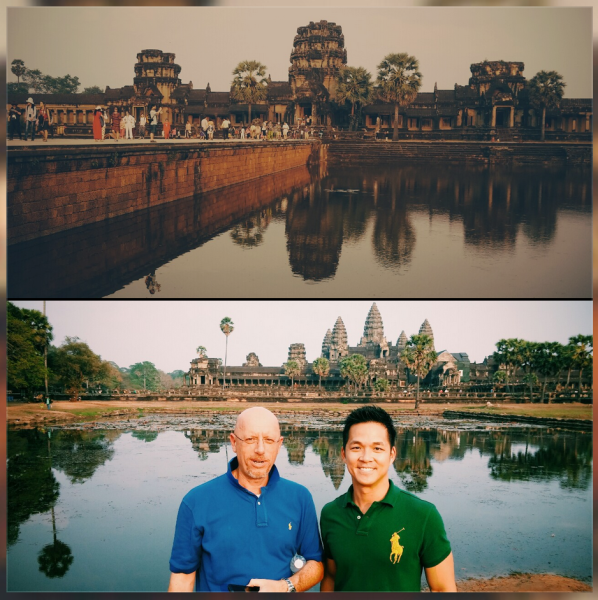 I was originally thinking between Angkor Wat and Borobudur during the Chinese New Year period, but eventually decided on Borobudur. Hence I was surprised when I was invited to the Senior Leadership Forum for my company for Asia Pacific & Japan, to be held in Siem Reap, Cambodia.

As it was supposed to be a working trip, I did not really think that I would have any spare time to make a trip to what would be probably everyone's destination in Siem Reap - Angkor Wat. I packed my small suitcase with working attire. It was only at the last hour, when the organising secretary called me up and asked if I preferred the "Angkor Wat" option or the "Other Temple" option.

In any case, based on Guinness Book of Records, the world's largest temple is Akshardham Temple.

In the afternoon of Forum Day Two, we ended the discussions at 3pm, and then everyone got changed into something more casual. We had the company of a French guide, who authored an extremely comprehensive guide on all the temples in Siem Reap. We were then divided into two groups - the AW Group and the OT group. The coach ride to the temple was a rather quick one, and then we alighted at the entrance of the site to take a photo for our photo-ID entry pass, and then it was another drive closer to the temple compound.

Perhaps it was already rather late - say 430pm in the afternoon, so Angkor Wat was washed in hues of brown. The colour of the moat was dulled by the brown hues, and the reddish brown soil added to the drabness of the surroundings. The temple looked splendid nonetheless, but I would have wished for a little bit more green. Perhaps it was the context of the trip (being a work trip?), or maybe it was because I had the chance to see Borobudur at sunrise, where the colours were a nicer bluish violet, I preferred my time at Borobudur.

I was perspiring from the heat of the evening sun, and tried to pay attention to the intricate carvings on the walls. But I did not feel that I needed to stay longer. I suppose if I came on my own, at sunrise, and had the luxury of time to wander around, and explore the nooks and crannies as at my own pace, it would have probably added several more points to my rating of AW.

An hour passed, and everyone ended up on time back at the coach. Some of my colleagues were joking with the pun, "Angkor What?", as the driver started the engine, and drove back to the hotel.

It can be difficult to foresee the twists and turns which compel misfortune to beget fortune, and vice versa.
There once was a (father), skilled in divination, who lived close to the frontier (with his son).
One of his horses accidentally strayed into the lands of the Xiongnu, so everyone consoled him.

(But) the father said, "Why should I hastily (conclude) that this is not fortunate?"
After several months, the horse came back from the land of the Xiongnu,
accompanied by another stallion, so everyone congratulated him.

(But) the father said, "Why should I hastily (conclude) that this can not be unfortunate?"
His family had a wealth of fine horses, and his son loved riding them.
One day (the son) fell off a horse, and broke his leg, so everyone consoled (the father).

(But) the father said, "Why should I hastily (conclude) that this is not fortunate?"
One year later, the Xiongnu invaded the frontier, and all able-bodied men took up arms and went to war.
Of the men from the frontier (who volunteered), nine out of ten men perished (from the fighting).

It was only because of (the son's) broken leg, that the father and son were spared (this tragedy).
Therefore misfortune begets fortune, and fortune begets misfortune.
This goes on without end, and its depths can not be measured.
Collapse