One of those rare late night gaming sessions that lasted till dawn.
The more notable scribblings: 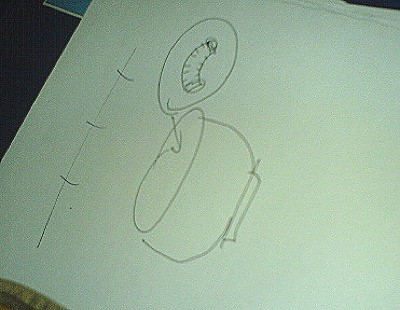 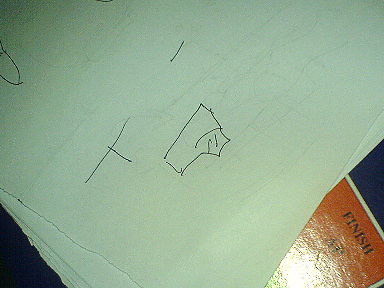 You know, there are so many songs, poems, quotations and other works of art out there that will tell you that love is all. And I will be one of the very last to deny that this phenomenon - indeed - lies at the core of many good things that happen: A chance given to a person who has always been at the less fortunate side of life, is one of the simplest examples of love's manifestation in an environment branded as hard and as loveless as the business world. In all other areas of life love is much more accepted, and much less perceived as ridiculous, so illustrations in those regards may be considered of less necessity. After all: love is the almighty recipe that often results in marriages, the subsequent birth of offspring, and the ultimate creation and preservation of families, neighborhoods, towns, cities, counties, countries, continents, and - eventually - our old spinning world.

But what about those particular situations when love for another person is overshadowed by everything else and just cannot make a breakthrough as an entity of its own?

Think of the man who maneuvered himself in a relationship with a former partner and now realizes that he made a mistake: A few years ago he got carried away by a reminiscence of a time and a feeling that had long evaporated in nothingness. However, by the time this awareness emerged, he found himself trapped in a situation with a person who had evolved from the vibrant individual she once was, into a hyper dependent, home-tied, unadventurous soul who, in the course of the time that this revived version of their age-old acquaintance has been going on, has managed to bury him under feelings of responsibility, guilt over almost-faded mistakes from younger days, emotional distress, financial pressure, family-discipline, and co-dependence, to a point that he just cannot consider choosing for any other option that will solely be based on something as uncomplicated as love. This man concludes that, if he dares to step out of this self-dug grave, he will be consumed by guilt, financial strangle, and a general feeling of having ruined a dependent soul for good. He perceives his current misfortune as a result of his own fault, fears the pain that stern action will undoubtedly cause, and thus decides to ruin his own life and relinquish love..

Or consider the woman who has found herself a wonderful man: one of the kind that most members of her sex regularly fantasize about: a home-buddy with no need to roam the streets and bars; whose world entirely spins around her; who is financially independent; handsome, helpful, sensual, well-built, loving, and the sexual dream of every woman. But the small print under this attractive seeming package includes questionable characteristics of this potential life partner: extreme jealousy, torturous suspicion, a heavily-damaged self-image, a suffocating emotional dependence on her, and a severe drinking problem leading to mood swings that threaten to drive her into self-destruction. Although this woman may dearly love her aspirant partner, she wonders whether she should choose for a life with him, foreseeing the devastation he will apparently bring upon her need for achievement, progress, her ambitious nature, her spirit of adventure, and her creativeness that requires some regular time to herself.

Where, exactly, does love determine the final breakthrough, and when should it be considered inadequate as a decisive factor? Through both of the above examples it may have become clear that love toward others can very well be present in one's life, but that it may have to be surpassed for a number of other issues such as responsibility, guilt, or self-preservation. A vital fact for many people in deciding HOW they will let love rule their life is age: the older we get, the more we tend to prioritize all other pressures in disfavor of partner-love. We allow fear for bad karma, risk aversion, reluctance to be hurt, repugnance to give up our delicately developed serenity, unwillingness to sacrifice an austerely established financial security, and fear for change to take the lead: we choose the easy way out, favoring the road of the least complications and short-term, superficial self-love and reducing the love that is a passionate emotion toward another person to a second-rate sentiment that just isn't enough. Life's lessons can be peculiar.

Is it true?
The older we get, the harder it is for us to love?
Do we really take the easy way out?
Is love sometimes, really just ain't enough?


One of those pensive nights.